Over the weekend I watched a film called “NW”.  It is based on a book by the same name by Zadie Smith.  NW stands for north west, no it’s not about Kanye West’s daughter.  I hope that doesn’t disappoint you.  NW refers to the British postal code of north west London where the principle characters of the film grew up together in a housing project.  The film circles around two girlhood friends Natalie and Leah who are now in their thirties with families and careers.

I thought this was a great story and a very well made, meticulously cast movie.  It kind of reminds me of the 2005 movie “Crash”.  “Crash” took place in Los Angeles and had a large cast of ethnically diverse characters with different lots in life.  The people in the story seemed to have nothing in common other than living in the megapolis of LA but their lives are all intertwined through a series of events.

“NW” operates in a similar fashion.  The characters range in social status and experiences.  People that you wouldn’t expect to cross paths do.  There are two other characters in the film that grew up in northwest London.  And just like in real life it’s interesting to see how people with similar starting points take different paths and end up in very different places in life years later.

“NW” is a story and commentary on race, class, femininity, masculinity, identity and how it all intersects.  The mainstreamed, straight laced people make questionable moral decisions and have unrighteous motivations.  You will loathe some of the respectable characters for their deceit and arrogance while some of the edgy ones display honesty, decency and even honor and chivalry.

I don’t believe that Hollywood would or could have made this film.  I don’t think they would have made the right casting decisions.  The casting choices were very important to the telling of the story.  I can tell that the actors were chosen deliberately and the film makers did a great job of choosing personnel.

It took a lot of sensitivity and cultural awareness to be able to choose actors and to understand the cultural nuances involved in being Black, mixed an immigrant and White.  Kudos to them.  I have a hard time picturing Hollywood placing Nikki Amuka-Bird in the role of a trophy wife.  But traditional Hollywood would have seen Zoe Kravitz or Zendaya more suitable for the part of a wealthy man’s wife not a woman so…Black.  She nailed it though.

O.T. Fagbenle gave a great performance in “NW”.  I was reading about the cast after watching it and the article mentioned one of the actors is in “The Handmaid’s Tale”.  I was confused because I’ve been watching “Handmaid’s Tale” and I wasn’t making the connection.  Fagbenle plays June’s husband Luke in “Handmaid’s Tale” and Felix in “NW”.  He is one heck of an actor because his appearance was not drastically different from one part to the other but he was completely unrecognizable to me.  He even appeared about ten years younger in “NW” even though the movie aired on BBC in 2016. 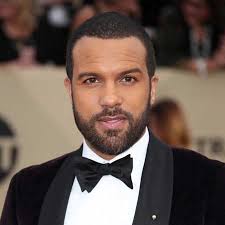 There is a lot that can be said about this film but I actually don’t want to spoil it for anyone that hasn’t seen it and may want to watch.  It’s a mature and thought provoking movie with no real heroes and no easy answers.  I would recommend it if you are looking for something to watch.

Here is a link to the film if you can tolerate sparkly stars framing your movies.  Enjoy.  I just got a copy from my local library.