Over the weekend I read the advice column Ask E. in “Elle” magazine.  A young woman said that she was gradually ghosted by a man that she dated for around a month.  He told her that she was not marriage material.  The man is long gone but she still feels bad about what he told her.  Her letter to “Elle” reminded me of a video that I saw on Facebook years ago.

Creflo Dollar is right.  When you meet someone new be sure to ask 1,000 questions at the beginning of the relationship.  And be prepared to answer questions.  If your suitor isn’t asking much about your motivations or background they probably have shallow reasons for wanting to date you.

Men are great at wasting time and they have no problem starting a relationship with a woman and faking a courtship in order to get sex until he finds a woman that he really wants for a commitment.  It’s one of the biggest scams of the modern age.  The fake relationship may last a night, month or a decade.  Fake relationships have started entire families.  It all seems like a waste of time and energy to me but it’s the way that many men operate.

The woman that wrote to Ask E. didn’t say whether she became intimate with the man.  A woman can be ghosted if she refuses to have sex right away or if she has sex and he decides he’s ready to move along.  If the man thought she was “wife material” it wouldn’t have mattered.  He would have remained in her life without judgement.  Men marry promiscuous women all the time.  If he likes her he likes her and that’s all she wrote.

So like Creflo Dollar said don’t be afraid to ask 1,000 questions.  Don’t start a relationship with a bunch of small talk, banter and meaningless compliments.  You already know you’re pretty.  A man shouldn’t have a problem stating his true intentions even if he only wants casual sex.  Perhaps the young lady is interested in that too.  That sounds like an equally yoked couple to me.

If a man is looking for a long term commitment he shouldn’t be afraid to state his objective.  He should also be able to say why he is attracted to you and why he thinks you might be a good life partner.  Ask the specifics at the beginning.  Now I know people lie and there is nothing you can do about that.  Just make sure the actions match the words over an extended period of time. 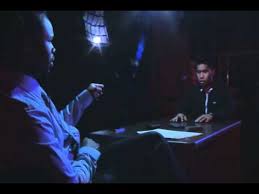 If you open the dialogue it should at least be interesting to see what he has to say.  You know how you get asked weird, vague questions in job interviews.  I heard a hiring manager say once that they just want to see how you will respond.  The answer itself isn’t as important.  The idea is to get the candidate to talk so you can see what is on their mind.

If you are ghosted immediately that’s probably what he would have done at some point anyway.  Trash takes itself out.  Get the truth out on the table and find out where the man’s head is before you invest your heart and time.

People are savage out here and there is no honor.  People act out of selfishness and don’t really care if they hurt someone.  They just think that the person that they took advantage of shouldn’t have been such a sucker.  Unfortunately dating is almost like Spy Vs. Spy and the most cunning and suspicious person wins.  I’m not exactly sure what the prize is.  Waiting to get stabbed in the back doesn’t seem like a start to a great romance to me. 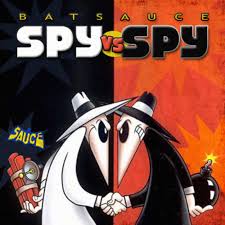 Ask 1,000 questions towards the beginning of a relationship.  It might be a good idea to ask the first one or two hundred before the first date.  And ask questions that are specific to you to see if he sees you as merely a place holder until he runs across someone he deems as wife material.  Heck, ask him what he considers wife material and if you fit into his mold.  I think that you have more to gain than you have to lose.

And please don’t go over his house unless you simply want to get laid.  That’s a real crap shoot and a lot can go wrong for women if you do that.  After sex women esteem men more and I think that men esteem women less.  If you care what he thinks you’re better off to keep the relationship in public spaces for a while.  The truth will come out eventually.

I am a sports fan, reality TV historian, spinster, clothes horse and a believer in Christ. I hope you enjoy my blog. My You Tube channel is Shannon KC. My Instagram is @showmeshannon. View more posts